The Swayambhunath Temple or monkey temple is situated on top of a small hill, thus, it presents a great view of the city. Furthermore, this is the oldest Buddhist shrine in the city. It is also known as the 'monkey temple' because of the large tribe of the free roaming monkeys in the temple. It is said to be more than 2,000 years old. The Swayambhunath complex is also home to the biggest Buddha statue in Nepal.

Located at the base of the hill where Swayambhunath lies, the Budhha Park is home to three big statues of Buddha. The shining golden statues which are the biggest statues in the country representing Budhha is a sight to see.

Kathmandu Durbar Square consists of some of the greatest architectural marvels of Kathmandu Valley that were built several centuries ago. Also known as BasantapurDarbarKshetra, the square is located in front of the old royal palace of the former rulers of Nepal.  Although the earthquake of 2015 caused many temples to collapse, reconstruction work has been going on in full swing. Nevertheless, you can still find the square decorated in spectacular architecture showcasing the skills of the Newar artists and craftsmen over several centuries.  The square is surrounded by courtyards, temples, shrines, and the public admiring the architecture while sipping tea and having a chat.

TalejuTemple is a historic temple located in the square. It is dedicated to Goddess Taleju and was built in 1564 by MahendraMalla. Taleju Bhawani was the royal goddess of the Malla kings who ruled the Kathmandu valley between the 12th to the 18th century. Thus, in the past, only Kings were allowed entry into the temple. According to legend, the temple was constructed in the form of a Mandala after Goddess Taleju instructed King MahendraMalla to build the temple through his dream. The temple isbuilt on a pedestal in the middle of the square.

Kumari Chowk is home to the Kumari, the living Goddess of the Newars. She is worshipped as the human incarnate of Goddess Durga.

The palace overlooking the square is known as Hanuman Dhoka. A statue of Lord Hanuman, the monkey devotee of Lord Ram, sits at the entrance of the palace, thus giving the name of the palace. The palace was home to the Malla and Shah Rulers before the Shah Rulers shifted to the Narayanhiti Palace. The area has been known to be associated with the ruling class for long as 2000 years ago. Thus, it is a historical treasure. Our guide will let you in all the interesting facts about the palace.

The square is home to numerous landmarks but none as spectacular as the terrifying stature of KaalBhairav. In Hinduism, KaalBhairav is known as the conqueror of death.

Situated in the banks of the Bagmati River, Pashupatinath Temple is one of the most sacred temples of the Hindus. It is where Lord Shiva, the creator and destroyer, is worshipped. With a history of more than 2000 years, this holy area filled with numerous collections of temples, ashrams, images and inscriptions added over the centuries. It was listed in UNESCO World Heritage Sites's list in 1979. It is also where most Nepali Hindus come to cremate the deceased. The temple comes alive every evening for an “aarti ceremony” where priests organize a Puja for Lord Shiva on the banks of the Bagmati. The priests sing and chant holy songs for Shiva. However, the temple complex is most mesmerizing when thousands of devotees from all over the world visit the temple during Maha Shivaratri, the day celebrated as Lord Shiva’s birthday. One can find all kinds of activities in the temple the day. There are holy men of all kinds from every part of the subcontinent.

Stop At:  The Crematoria

This is where life and death meets. One can sit on the opposite side of the temple to witness people cremating their loved ones and spreading the ashes into the holy river. It is a surreal experience that makes you question your own existence.

Next on our list the world famous, Boudhanath Stupa. It is a significant holy site the followers of Buddhism. The stupa is one of largest stupas in the world and has a history that spans 2 millennia. The stupa, like Swayanbhunath, has four pair of eyes in all four directions. The eyes represent Lord Buddha watching over the people and their deeds.

We wrap up the tour with a visit to the the Garden of Dreams. This is a historical garden which was once a private garden of Kaiser Shamsher who was part of the Rana Family that ruled Nepal at that time. The garden is a surprisingly peaceful spot, tucked nicely in between the hustles and bustles of Kathmandu city. Once in the garden, you will not even realize there is a busy city outside.  The Garden was constructed in 1907. The Garden, when built, had an ensemble of European inspired features such as pavillions, fountains, decorative garden furniture, varandas, pergolas, blustrades, urns and birdhouses,a and an arrangement of flowers, shrubs and trees. Today, the garden is half of what it actually looked like, but it is still very beautiful. It’s a nice place to relax, read a book, or just admire the beauty

FAQS
How to Book
Cancellation
Quick EnquiryTell A FriendPrint Itinerary

Speak to an Expert? 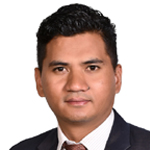 Why booking with us?